Testing and tracing - are we on the right track?

The government has announced a very centralised approach to testing and tracing, featuring at its heart an app which will inform the contacts of those with symptoms to isolate.

While the app may have some useful features and advice, (click here to have a look) it signals a very different approach to other countries who have more local ways of dealing with the problem and who have done much better at containment. Germany was faster to contact trace and isolate, even as soon as their first case. 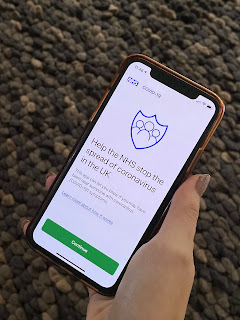 The fundamental way of controlling a pandemic is to make sure that each infected person passes on the virus to less than one other person. This needs to be kept up until the virus becomes scarce enough to be able to deal with subsequent outbreaks aggressively by testing tracing and isolation. This is no simple task.


How was this achieved in South Korea? 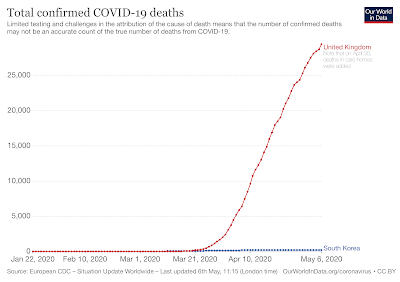 The hope that a centralised bit of technology will solve complex problems might suit the belief system of a health secretary keen on technological solutions, but will it be a match for the reality on the ground?

The app will be backed up with 18,000 testers and tracers employed on short term contracts by the competition-driven private sector. They may well operate, as with current testing centres, from bases remote from the populations they serve.

The scale of effective contact tracing in Wuhan might give a clue. There, 9000 epidemiologist did the work for 11 million people. Thew UK equivalent for this works out to 52,000 testers and tracers. As in South Korea, people infected but not ill enough for hospital were contacted at least every day and this seems to have been crucial to their success.

In the peak of activity here, in March, there were 200 tracing staff working for Public Health England.

If we are to avoid further waves, new cases must be seen as small fires. Easy to put out if dealt with immediately, but rapidly spreading if not. Personally, I feel that further waves of COVID19 are highly likely in the UK. I hope I am wrong.


To assuage worries the app is said to ensure anonymity. This then leaves the user free to make their own decision, without it seems any compulsion.

Then there are the people who cannot download apps or have problems using them, particularly the less tech-savvy elderly. In Singapore, the uptake of the official App was 17%.

Others may will not want to use it and some, no-doubt, will absolutely refuse. How will people with mild illness (potential super-spreaders) react when about to go to work to pay overdue bills or visit a loved ones not seen for ages when sent a text advising isolation for a week because of proximity to a stranger?

Further, how will we deal with the inevitable problems in a nation which unlike S Korea, is not know for its strict discipline? What will be the sanctions?

In addition to this, research is also showing that tests for COVID remain positive for far longer than a week. This means that effective isolation for cases, and by implication their family and contacts needs to be far longer than currently advised. Two weeks of isolation seemed to work in S Korea, though this was with a far more aggressively managed smaller outbreak. Research suggests it takes a median of three weeks from the onset of symptoms till the virus is cleared, and perhaps longer in the elderly. (More on this later)


There are other things that can be done.  Short term financial help would be of benefit, but I suspect would be very difficult to police. Those with symptoms would be well advised to call those with whom they have had contact for the last five days. Good citizenship should be encouraged. Encouragement of local activism and community teams might fill in the many gaps which any electronic wizardly would leave.

Community networks will be needed to contact and offer support to people infected but not unwell enough to need medical assistance. An excellent pilot is being run in Sheffield, and it could serve as a model for the rest of the country.


While we all cross (and drum) our fingers while waiting for a vaccine, the imperative is to build up our local public health infrastructure to deal with this pandemic - and the next. I am worried that we are trying to do something unpredictable, which while I wish for its success, it might well not work - this is no time for experimentation.

The trial of the app is set to take place on the Isle of Wight. Yet as of the 18th April, there has only been 68 cases there in total. So it has already been relatively contained in that closed community. Would it have been better for the trial to have taken place in Tower Hamlets or anywhere in our big cities?


I still have my worries about arriving at 'herd-immunity by the back door' with widespread infection and resultant mortality spread over the next 18 months to two years. There remain plenty of unanswered questions.

Get the feeling of being guinea pigs? I do.