Yes commas are important. After cutting funding to  Public Health England (PHE) by 25% over the last 5 years, Matt "Handsfree" Hancock has now pushed it over the edge. Its role of improving health and wellbeing, reducing inequalities in health will be taken up by a new body which seems to be focused on pandemic preparation rather than the wider issue of Public Health.

Hence the comma; might it be goodbye to Public Health, England?

There have been mistakes of course, yet PHE is an executive agency of the Department of Health, so the buck should stop at 'Handsfree' himself, but no. He is passing the buck back down the line and more worrying for me, and changing the direction of Public Health

There has of course been problems.

The U-turn regarding the way Public Heath England (PHE) have been counting COVID19 related deaths is a good example of the chaos in central government. 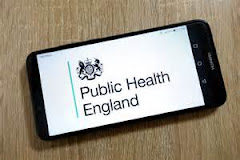 In those first few months of the pandemic it might have been reasonable to count everyone testing positive for COVID19 as dying directly of it. Testing was restricted to hospital admissions and undercounting in the community likely. Yet to leave that rule in place for six months thereafter, could at best be called careless, at worst, manipulative.

It also remains true that people with COVID19 can die directly as a consequence of the infection after 60 days and more, and it is important that these are included in the total, but with such small numbers, it should be possible to look at deaths case by case to increase accuracy and confidence.

Indeed the latest figures show a total of 57,478 excess deaths since the pandemic hit our shores, and this figure has fallen by 1,660 as deaths have been below the 5 year average for the last 8 weeks in a row. With far smaller numbers of people dying, these errors make a bigger relative difference.

The responsibility for this decision was with the Secretary of State for Health, Handsfree himself.

This too is rightly seen as somewhat of a PHE failure. We were unable to test and trace at the time when we needed it most, and now in the summer and autumn, testing has been increased significantly despite the low number of people experiencing illness significant enough to attend hospital for help.

Yet this was not something to lay directly at PHE's door, it was due to years of disinvestment in preparedness for a pandemic, ignoring pandemic planning and reducing the number of public labs that could do the work. The decisions to use SERCO to do the work and its miserable failure to do the job properly were dogma driven and entirely political.

We are now testing and tracing like never before for an illness which is not directly impacting on the health service. Perhaps it can be seen as a rehearsal for the winter wave, if it comes.

The recent diversion of testing and tracing work to the far more effective local public health bodies is long overdue, but the funds, so generously showered on the private sector are yet to follow.

As to a "world beating App", it is our own fiasco with electronic testing and tracing that has led the way - providing the world with lessons on exactly how not to do it.

End of the line

The upshot of this is that PHE is to be wound up and merged with the NHS Test and Trace service and the Joint Biosecurity Centre to form the National Institute for Health Protection.

The lives of 5,500 staff are now thrown into uncertainty as the inevitable 'renegotiation' of contracts grinds on over the next six months, so lots of stress for the staff who need to be at their best during the winter, as well as their families. 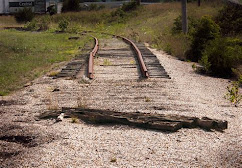 This is despite this being the worst time to create turmoil in the public health sector by yet another big reorganisation but don't politicians like "Handsfree" just love big announcements and so he is charging ahead nonetheless. Let's hope the subsequent administrative chaos does not coincide with a winter wave.

"Handsfree" has said that the primary focus of this new organisation will be our response to pandemics and also of course, give us the impression that the problem has been with PHE rather than his own poor understanding of health, viruses and the potential of the public sector.

At least there is, implicit in this statement, the recognition that more pandemics are on their way. But what of the many other threats to public health such as climate change, air pollution, food policy, social inequality and of course, our own governments many policies which, COVID19 has revealed have helped England become the unhealthiest nation in Europe?

Public health will not go away

The underlying reasons for our big hit from the pandemic are our underfunded and unprepared public services, our planet destroying travel hubs like Heathrow but also our terrible public heath. We live in a society riddled with worsening health inequalities, stressful lives for so many, terrible food, and a health system critically ill even before COVID19 came along. All driven by politicians who exist in their own little all powerful bubble of corporate chums.

Even the recent exam fiasco is due to policy which makes pupils academic future depend on exams rather that the more accurate coursework assessments. More stress for our kids - another public health issue.

Consistency where we need it least - cronyism:

The interim head of the new quango is to be the Baroness Harding of Winscombe, Dido Harding, whose post at the top of a mobile phone company makes her less than ideal for the post, particularly given the data breaches during her time there.

Like so many at the top of these organisations, she has no knowledge of the health sector or public health.

Her main qualifications seem to be simply being a member of the Conservative Party, being chums of David Cameron, and having a husband who is a Tory MP, who incidentally, advises the a neoliberal body called "1828" which calls for the NHS to be replaced by an insurance based system and er, Public Health England to be scrapped.

I feel sure that we are heading for more dogma-driven confusion and chaos just when we need it least.  At least there we have consistency.