Getting to know COVID-19 and us.

This amazing study turns the 'normal' way of looking at disease upside down.

Instead of learning what happens after the virus infects in terms of the damage it causes and all the resultant clinical information, the researchers have taken a big step back and looked at the expression of COVID19's genes - what it says in the COVID19 "operating manual". In other words, the information that can tell us what proteins it codes for and creates and therefore how it operates as an infective agent.

This is a powerful and fascinating way of looking at how a pathogen works. Reading the paper made me reflect on the complexity of our finely balanced physiological systems which allowed me to wake up in the morning able to start the day as a living being. Its mindbogglingly wonderful!

The material they looked at comes from the washings (lavage performed for diagnosis) from the lungs of the first patients with COVID19 in Wuhan compared to those from 40 controls. Analysis of the genetic information in these specimens provides a hypothesis of how COVID19 creates illness with some potentially important hints at treatments and again, highlights the importance of Vitamin D.

One of the first thing this virus does is to produce a protein which counteracts our own inbuilt antiviral called interferon. Rather like a burglar switching off the burglar alarm!

It then up-regulates ACE2 receptors which affects the balance between ACE and ACE2 activity which leads to low blood pressure and an excess of an important protein, Bradykinin. This explains the widespread and sometimes bizarre symptoms of COVID19.

It also affects the metabolism of an interesting substance called hyaluronic acid which gums up the lungs. Their findings have implications for the race for to find better treatments for COVID19. Lets look at these areas one by one:

The body is a complex array of chemical reactions, with thousands of proteins acting on their receptors on cells like keys entering locks to gain entry to cells and do their precise job. Angiotensin is just one of these, its particular roles are controlling blood pressure, vascular tone and fluid balance and has a central role in what goes wrong in severe COVIDI9 infections.
I'm familiar with ACE receptors from my days as as a GP. I used ACE inhibitors and ACE receptor blockers to treat high blood pressure. Interestingly, both had a predisposition to cause a persistent and unusual dry cough as seen in COVID19 infections.
This picture, taken from the article, offers an overview of the rather neat, but complicated system:
In other words, it's a beautifully designed complex system to maintain our inner physiological balance termed homeostasis.

Early in the pandemic it was realised that COVID19 targets the body's ACE2 receptors. The viruses attach themselves to these proteins on the cell wall like a key inserting into a lock and then invaginate themselves and the receptor into the cell. Once inside, they take over our intracellular protein making machinery to make large number of daughter viruses.

Amazingly, then induce an increase in the number of ACE2 receptors in cells elsewhere, including the lungs, where they are usually uncommon, by 500%. This has the effect of creating more targets for the daughter viruses teeming from infected cells.

Now, the balance between ACE1 and ACE2 which in the healthy state keeps our blood pressure at normal levels, becomes disrupted by COVID 19.

This imbalance between ACE and ACE2 leads to overproduction of a key protein called Bradykinin, (from the Latin; "Slow mover") which causes opening up of blood vessels which then leak fluid into the tissues (like the lung) and lowers blood pressure to dangerous levels.

In essence, its rather like confusing the actions of the accelerator and brakes on your car.

Their work accurately describes more or less what seems to happen to people severely affected by COVID9, and offers hints at potential ways of countering some of these effects.

One of the most remarkable features of the Respiratory Distress caused by the virus is the unusual sticky substance in the lungs which interferes with gas exchange essential for respiration. They have found out why......

I have a personal connection with this amazing substance too. Before I was finally accepted into medical school as a mature student, I worked in the Bone and Joint Unit of the London Hospital looking at how human articular cartilage worked.

Suffice it to say that we were trying to work out how the gristle on the end of each bone could withstand the enormous pressures exerted on it by day to day life. Essentially, cartilage is a tissue containing a complex sugar - hyaluronic acid, held within a scaffold like frame of proteins. The hyaluronic acid can absorb enormous amounts of  water, but is restrained from doing so and expanding by the hard protein scaffold. The resulting stiffness of the tissue gives it its strength and resilience to impact. One sq cm can withstand the weight of an elephant standing on it without giving way.

It is widespread in the body with important functions in the spaces in between cells. It has a role in regulating cell growth and facilitates repair and has been used to treat lung disease. In some ways can be seen as offering a kind of lubricant in between cells as well as having many other important functions. Back to homeostasis again - you want the right amount in the right place.

Now COVID19 seems causes an increase in the production of hyaluronic acid and reduces the expression of genes responsible for its removal. This results in accumulation of this now sticky stuff (which in this situation is rather like slug slime) in the alveoli of the lungs, the last place you would what too much of it. It then freely absorbs water to form a hydrogel and blocks up of the spaces in the lung needed to exchange gases, leading to the picture found in patients with COVID19 related Adult Respiratory Distress Syndrome on ITU.

The authors describe this in their picture:

Knowledge of these mechanisms could suggest potential ways of treating severe COVID19 which I'll come to later.

The building block for the whole Renin Angiotensin machinery is Renin. Vitamin D and its receptor (lock and key again) has an important role here too. In essence, low vitamin D levels cause increased production of renin and an injection of Vitamin D reduces it.

This might explain why patients doing badly with COVID19 are found to have lower levels of Vitamin D and why urgent supplementation has been shown in a small study to reduce admission to ITU for patients admitted to hospital with COVID19.

It might also explain why lower levels of Vitamin D are associated with high blood pressure and thus the increased risk of heart disease and strokes which plague the western world.

Another retrospective look of 190,000 patients in the US shows that people with lower levels of vitamin D are more likely to test positive for Sars-Cov2-19.

In other words, get out in the sun and take Vitamin D supplements! Why this is not being shouted from the rooftops, as I said in my last post, I have no idea.

The information from genetic studies like this can lead to the use of drugs which specifically block the way the virus operates at a number of levels. There are drugs to prevent block bradykinin receptors called Icatebant which is currently prescribed for a certain type of severe allergy called hereditary angio-oedema. It costs about £5,000 a dose, making wider availability a big challenge.

Another drug interferes with the production of Bradykinin called Ecallantide which is prescribed for the same reason though with more side effects, which might be predictable when trying to manipulate such a fundamental regulatory protein such as bradykinin.

Hymecromone is an interesting drug which inhibits the production of hyaluronic acid in experimental conditions. It is currently available, interestingly enough, for bilary colic and is inexpensive at just £5 a course. I can't find evidence of any trials with COVID19 as yet.

Vitamin D is fundamental to this, like so many other physiological processes, is readily available, cheap and without significant side effects. Anyone not taking supplements to counter our indoor, sun blocked life might have to ask themselves why.

Viruses in one way (successful replication), are the most enduring, if the most basic, form of life.
It is argued that they were the first form of life emerging from the primordial soup, that mixture of essential elements 4 billion years ago. 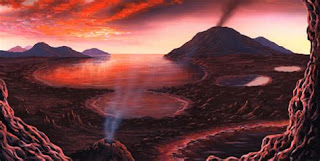 Sometime around then atoms, clumped together to form the first building blocks of life called amino acids, some of which then locked together in chains.
These short chains of amino acids acted as templates into which other amino acids fitted to form complementary chains.
When they unzipped from that symmetry and repeated the process, replication, and the evolution of life on this planet began. It was just one step to genes as we know them, and another to viruses which are essentially genes encapsulated within an envelope. Viruses became the first form of reproducible 'life' on earth.
Here we are, 4 billion years later, with planetary life still dominated by these potent replicators; these amazing catalysts for evolution we are only just beginning to understand. It takes one of the world most potent computers to begin to unravel them.
They are teeming in the soil, there are 10,000 at least in every drop of fresh and sea water, they phage viruses (see pic) are essential to control bacterial populations and indeed release the vital nutrients they manufacture. In other words they are essential to the ecology of the world.

Im sure we will become ever more aware of their fundamental role in evolution as well as our own internal world. Watch out for knowledge of our "virome" transforming our understanding of human physiology.
Understanding COVID19, as I have mentioned elsewhere, involves understanding ourselves as a species, but also the world we inhabit. Not only in terms of our own evolution, but in terms of our collective human behaviour.
Deadly spillover of pathogens from ever shrinking ecosystems; unsustainable regional and international travel, our pathological food production system, the hideous manifestations of excess wealth and poverty, and the consequent generation of billions of people vulnerable to COVID19 have all been signposted in big red letters which we do not need supercomputers to decode.
Understanding our relationship with this and other viruses would lead to a better world with better prospects than now. Time is short.

In the meantime, for those of us lucky enough to have choices, think about ending self-poisoning with sugar and smoke, stay as fit as you can, eat good food produced by good farming, and make sure you have enough Vitamin D on board. More on this soon. This is the essence of reducing your risk of experiencing the sort of problems this study highlights.

While we haphazardly grapple with the unfolding story of this virus, take good care of yourself and those around you. 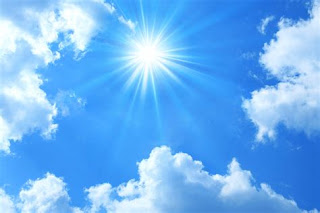